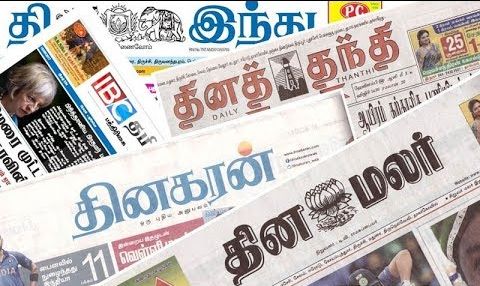 Dina Thanthi One of the top selling Tamil-language newspapers.

Theekkathir Tamil-language newspaper published by the Communist Party of India.

Don’t miss out on new posts

Back to Top
Close
close

Your password reset link appears to be invalid or expired.

To use social login you have to agree with the storage and handling of your data by this website. %privacy_policy%

Hey Friend! Before You Go…

Get the best viral stories straight into your inbox before everyone else!

Don't miss out on new posts!